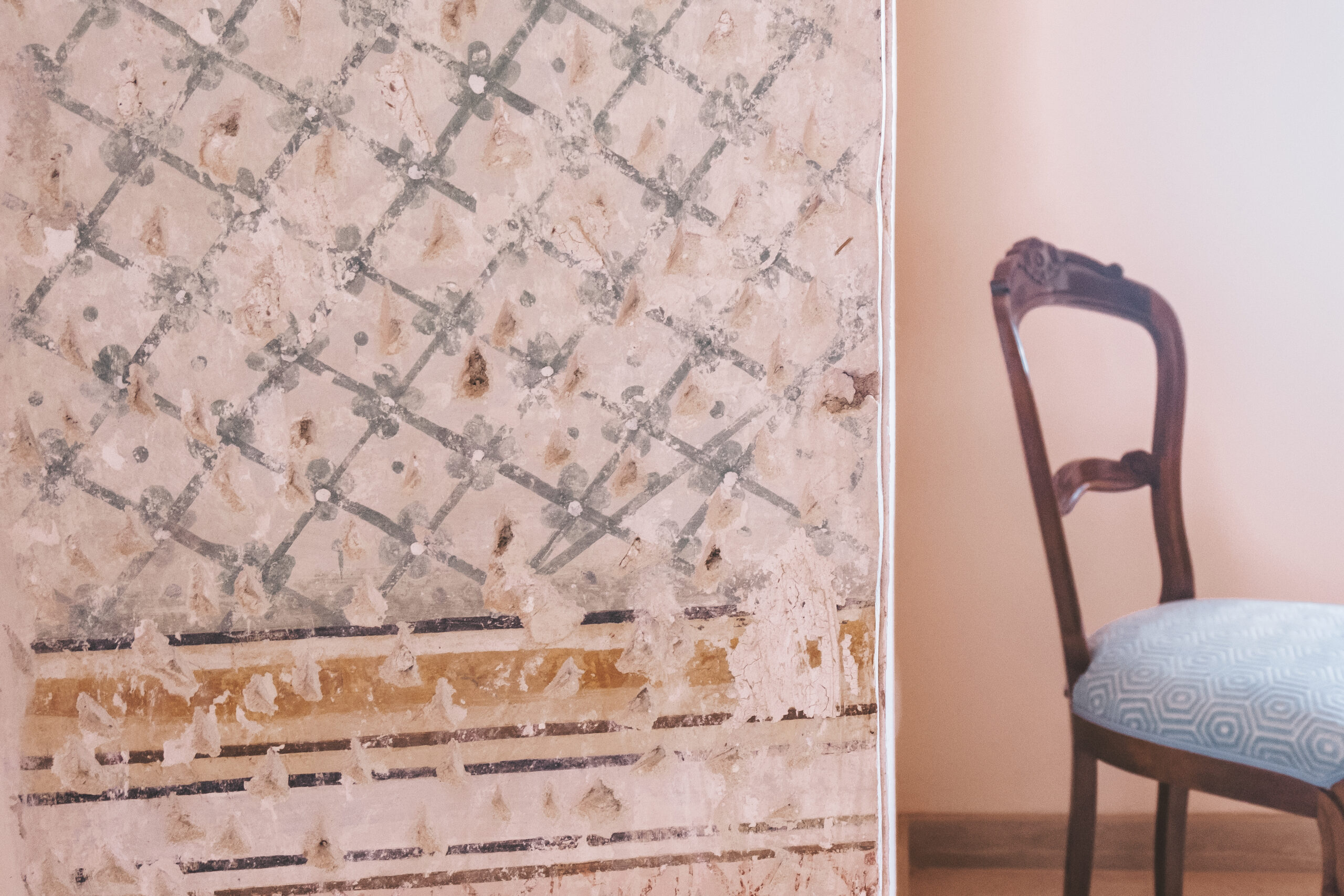 Diana Bianchi, owner of the Castello D’Amore in Ugento, welcomes us with genuine kindness, lightly reminding us of precisely this: that we are passing through a potentially eternal place.

The majesty of the building, softened by the numerous plants that caress it, does not frighten us; on the contrary, it embraces and protects us between thick yellow walls, impregnated with sunlight, in which the seasons of man have followed one another, leaving different and indelible traces.

We enjoy the quietness of the outdoors, the sense of peace of order and care.

Diana and her husband Massimo, whose family has owned the castle since 1643, open the doors to the rooms for us, nine contemporary suites in which there is a delicate balance of ancient and modern.

We pass through a secret passage and find ourselves in the heart of the wonderland: the garden of useful plants, the hortus conclusus, teeming with new life. Diana shows us the plants and flowers present, more than a hundred of them, in a composition that soothes the soul.

A small Eden in which the grandeur of the towers alternates with the tiny flowers that still gracefully bloom in this season.

With the ever-growing sensation of stepping out of time, we continue to explore this jewel, brought to new life by the family’s love, after a period of neglect, with a courageous renovation. Everything is alive and contemporary: the vocation for the present is also in the castle’s restaurant, Il Tempo Nuovo, the realm of chef Tommaso Sanguedolce, whose cultured flavours can also be enjoyed by those not staying in the castle.

The new finds its greatest expression in the place where learning takes place: here, in fact, amidst ultra-modern kitchens that fully respect the building’s antiquity, the Puglia Culinary Centre has been created, under the leadership of chef Odette Fada. This is a school of excellence where aspiring chefs from all over the world learn the art of Apulian and Italian haute cuisine.

The castle is also a wonderfully open place for those who want to hone their cooking skills without making it a job, with short courses taught by the guest chef.

We continue through halls, corridors, porticos and we really feel like we are travelling not just in one building, but in a city.

Everywhere there are surprises, such as the fresco depicting Norman soldiers, a piece that takes me back to the Nordic rather than the Mediterranean lands… Diana shows it to us with the pride of one who is the custodian of such a prestigious testimony.

We ascend the grand staircase that immediately transports us to Naples, with a gentle baroque of the San Felice school, which draws a new sky shape. And many skies await us in the museum rooms, a treasure trove of memories of Massimo’s childhood. Here, in a row of frescoed rooms in high baroque style, all dedicated to the auspicious theme of the family surname, namely Love, small cupids and amorous deities alternate in an imaginative jubilation that fills the eyes.

We are high above, on the horizon we see the sea, below us the historic centre quilted with the roofs of small houses, noble and ecclesiastical palaces, and the modern roof of the Archaeological Museum that takes us back to our own time. The small town is a carpet stretching out under a large, special watchful eye, exuding the stillness of things reborn, by will, by great passion, by love.